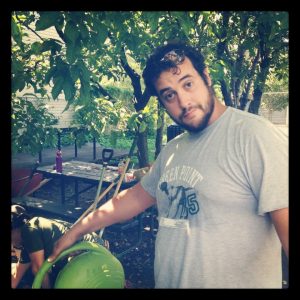 Barry is a graduate of Brooklyn College, having studied Urban Sustainability with an Environmental Science Concentration. He is also a graduate of Farm School NYC: an urban agriculture based certificate program deeply rooted in social justice. He has facilitated several workshops on hydroponics and aquaponics in and around New York City.

In the 10 years he has been involved in urban agriculture, he has assisted in the establishment of several urban farms and helped them to build their own aquaponic systems. Barry is excited to be part of the Sun Works team and looks forward to utilizing his knowledge and enthusiasm to build a more just and sustainable food system.